by Nacho Villalba / Wednesday, 12 May 2021 / Published in Sin categoría

Dear Logbook, weeks after the first year of a new life.

My dear Diary, today I am writing to tell you what happened at this time. More than three months have passed since my last write. That is a sign that life has happened without great news.

I was saying goodbye to you saying that maybe I would write to you about my mother’s foreseeable recovery. So it was, an eternal time passed for her, but perhaps thinking about her age because it was not so. The fact is that that bad dream has alreadygone. And luckily, without following 100%, she is living a more or less normal life. On the other hand, I wrote that with vaccines little by little we could say that life would be more or less normal or at least count the bad times because of the bug. I’ll talk about vaccines later.

In between, about a month ago I had my blood control which reflected that everything is still as it should, so another 3 months have passed, at the end of June or the beginning of July I will have my control, this time blood and appointment with the doctor. In the past, it was only blood test and if nothing was weird then nothing else.

About vaccines, well what to say, a Nobel prize or two should be given to their developers, whether they are classical or mRNA. THANK YOU for what you have achieved in such a short period of time.

In line with this, it is being seen that thanks to them, thousands of lives are being saved. So vaccines are working! So hopefully, My Diary, we can all get vaccinated soon and I encourage all of you who can to do so. For you by the Society it is something very advisable, if not necessary.

Luckily, my parents and parents in-law are in the process of being vaccinated with both doses. My father, already with his 81 years is with the complete guideline. My sister and sister-in-law, with a dose of the controversial Vaxzevria, that is, that of the pharmaceutical giant Astra-Zeneca, developed together with the University of Oxford. We will see what second dose they give you, Eva and Nuria, luck, whatever it is, it will be good. It only remains to know when it is your turn.

On the other hand, I see that in this race to see how countries are vaccinated. In the European Union, it seems that they are all very similar, there are no countries that do infinitely better or worse than their neighbours.

In the case of Sweden, this week it has already come to the turn of those over 50 years old. So to my fifth, because hopefully next week will open the deadline to request the appointment. So let’s see if we are lucky and Marta can make the appointment soon and with the second dose, six weeks after the first, we can travel to Spain.

And in my case, I am inside the so-called risk group, and today I have finally been vaccinated. And if all goes to plan on June 22nd, I’ll get the second dose of Pfizer. It was in my dear Karolinska Solna, but in the old building. Well, I got there after cycling about 7 km, waiting a while outside and then I was a little late. My appointment was at 20.10, I went to the hospital hall at 20.30. They asked me for information, a questionnaire and then at 9:24 p.m. they gave me the vaccine… I had to wait longer than normal, because they had run out of preparations and they have been preparing more. And of course, as expected … tension, nerves for something unknown, well “so”, vasovagal reaction of manual. That is, Nacho puts on a show, I got dizzy … but of course when it is blood extraction, they leave me on the stretcher and it goes away … here… but NO. By protocol they transfer me to a room, lying on a stretcher, measuring tension 5-6 times, measuring oxygen saturation … and no matter how much I told them, I’m fine, what happened, well, “standing still” lying down, that we bring you a fruit juice … then a glucose pill, and the doctor, who arrives … I read the name “Michel”, I hope he doesn’t do the Real Madrid thing … he didn’t. And I say “ummm do you speak Spanish?” and he tells me yes. “Well, hey look, it happens to me sometimes with the tension of this, blah blah, I’m better …” and he says “yes, ok, but you wait until 30 minutes.” Well, that’s how I’ve been. Then of course they told me “it would be better if you came home by taxi …” and I told them … that if I feel bad while cycling, I’ll quit. And I have returned cycling the 7km home. And this is the summary of the day’s puncture … For the second dose, they have already told me that as I enter the door, let them know and they put it in the observation room. From another of these they kick me out of the country!

By the time I get the second dose, I will be close to passing the year and a half control, since I was “discharged”, so I hope to tell you how the vaccine was, but more importantly, how was the review.

And my dear Diary, for today nothing more to tell you. 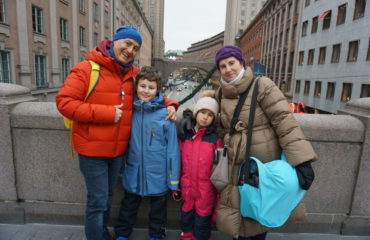 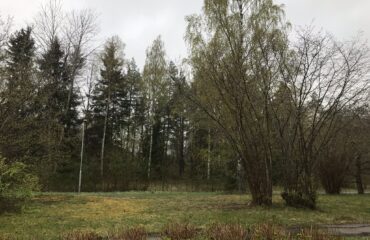