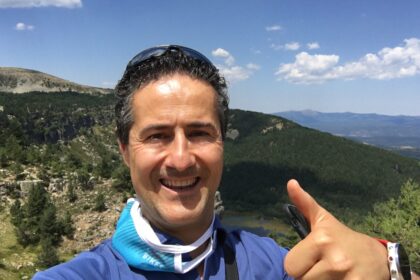 Dear Logbook, one hundred eighty-seventh day of a new life.

My diary, today I write to you again to tell you a little how I am doing. In these last twelve days, life has continued as usual. We have continued working from home and in the afternoons being with my in-laws. Last weekend, we could see my parents and my family from Valladolid. We didn’t see them all since Christmas. This year, as I already told you, we had to cancel the trip at Easter because of the nasty BUG. So we saw them when we arrived, taking precautions in case the situation became weirder and we had to make a trip back to the northern lands suddenly. Now, the situation, at least, for Castilla y León seems more or less controlled or at least does not seem out of control. Let us pray that it continues. Truth be told, people are being very responsible.

My Diary, this weekend has been different. Yesterday we were able to accompany Emilia and Eusebio, and their family in the religious celebration of their Golden Jubilee. Simple but emotional and precious act. Watching 50-year-olds come together is something worth celebrating. Couple, CONGRATULATIONS. During the Celebration, we could hear that one of the keys to reaching 50 years together is mutual respect. What a great truth. During the act, some tears from this sailor and from many of the attendees appeared. Something that I think logical and normal. And more with the precious letter from Berta dedicated to her grandparents. Berta, I told you yesterday, because of how the letter was, surely many tears welled up during yours writing. Congratulations, it was a beautiful letter. I put some of the photos that I could take yesterday. From the car that brought the “boyfriends” and from the Church of Santa María la Real y Antigua in Gamonal. A beautiful 14th century church.

Today has been very good. We have been in the Sierra de la Demanda in Burgos. We have been to Las Lagunas de Neila, the area of the Ermita de Revenga where we ate and then we went to visit the town of Regumiel de la Sierra. Where my uncle Alberto was born. People who visited perhaps more than 35 years ago and of which had the memory of some tombs excavated in the rock.

The day dawned sunny and foreshadowed a hot day, as it was. As soon as I got up Marta and I were able to run 10 km along the Arlanzón river. Then we headed first to go up to the Neila Lakes. We parked in the car park before the port. From there we proceeded to walk that kilometer and a half, which has an average slope of close to 10%. Climb that was tough for Gadea and Isabel, but with the spirits of the cabin boy, they managed to crown the port. Once at the top I approached the long lagoon and then I started the downhill path. After this walk we had a picnic in a very quiet and almost empty area. From there we drove to Regumiel de la Sierra. All along the way it is appreciated that this area has been dedicated for centuries to the cultivation, cutting and work of pine trees and their wood. Strolling through the town saw sawmills, sandstone houses, and tranquility. Once we reach the oldest area of the town. Along with the parish church. We had a break in which we had an ice cream to refresh ourselves a little. And then we approach the Church area where there is a medieval necropolis carved out of the stone. As we have read, with about 130 burials, it could be one of the largest in Europe. Of all day of today I put some photos to you. In short, a great weekend.

And my dear Diary, for today I will not tell you anything else. I’m just telling you, for my part. I could say that everything remains the same. So that’s good, I think. 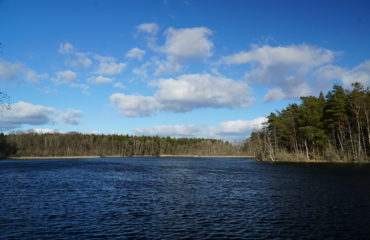