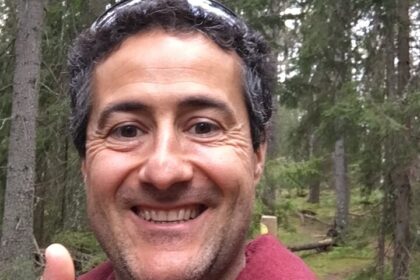 My Diary, 7 days from the last time I told you a little about how I’m doing.

For my physical part, getting better and better, the Achilles’ annoyances are still there, similar to the previous week. Perhaps the rest will gradually get better. It is not something that conditions my day to day. So I don’t pay much attention to it either. For the appearance, well, more and more similar to 8-9 months ago. The hair we could say is as it was before I embarked on this fast-paced expedition. The rest more or less.

From a sports point of view, this week I was able to go out for three days to jog. Every day, I think that at the same rhythms, my heart rates gradually go down. It will still take many months to reach those rhythms and pulsations that I had by March 2018 or in the previous months of the marathons that I have run (5). But for now, following the advice of my good friend and coach Fran, now is the time to rebuild that aerobic base. Times will come later in which to be able to get quality sessions and not quantity. But in line with running, as many of you already know, I love recording every workout I do. Well, since that March 21, 2011 I have run 930 times. jogging 8710 km and 875 h with 19 minutes. And another thing that encourages me a lot, because with the kilometres I have jogged this week together with those of the previous months, I can already say that this year 2020 I have run more kilometres than in 2019. Last year I did not feel fatigued before to detect cancer, but I did see that the pulsations were higher than normal and the mind did not ask me to go running. That cancer was obviously brewing. But the important thing is that here we are, with that temporary complete remission and wanting to continue adding thousands of kilometres more.

On the other hand, tomorrow May 25 it will have been 6 months since my last voyage to the high seas to receive those magic potions (chemotherapy). My goodness, how time goes by! Anyway, I will say more or less what my mother’s aunt said to her, I think, “Niece, the seconds are eternal, but the days are flying.” I don’t know if it is literal, but it is well understood.

And to finish, this week has been shorter, it was a holiday on Thursday in Sweden, Ascension Day. So we all had a long week end too. The children and us. On Friday at least we got together with friends and colleagues at work and had a barbecue on the roof of our building. We had a good time and being outdoors, better. It gave us some sun.

And today we have gone for a walk in the country. To a nature reserve in Sigtuna. After the walk and eat under the trees. Well, a walk to the port of Sigtuna for the children to have an ice cream and waffle. Marta and I who are on a diet, well, a coffee. In line with ice cream … Sweden is the second country in Europe that consumes the most ice cream per inhabitant. It already seemed like it, wherever you go there are ice cream shops open all year.

And my Diary, for this week I won’t tell you anything else.